Jannarelly Design-1 - a new roadster from a new company 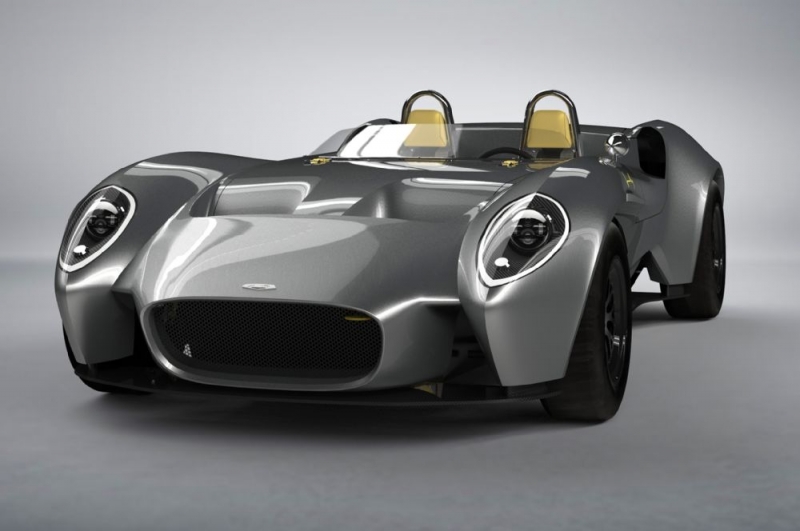 JannarellyÂ Automotive, a new manufacturer based in Dubai, plans to introduce a new roadster - the Jannarelly Design-1, in February 2016.

A new company called Jannarelly Automotive soon plans to introduce a new roadster. The Jannarelly Design-1, is a two-seat convertible that has a back-to-basics design that is said to be inspired by "the essence of the Sixties motoring era." Jannarelly was founded by W Motors designer Anthony Jannarelly, and Frederic Juillot, the founder of carbon-fiber manufacturing company Equation Composite. The duo based its company in Dubai and plans to bring to market the two-seat roadster that uses carbon-fiber bodywork and a V-6 engine of unspecified origin in February 2016. The low and wide Jannarelly Design-1 has huge humps over each wheel, with sharp creases at the apex of each fender flare. The spartan cabin has four-point harnesses for each seat, a racing-style three-spoke steering wheel, and a simple center console with a few switches, and chrome roll bars behind each seat. There are hints of Shelby Cobra and Ford GT in the nose, with its wide-mouth front grille and louvered hood.

Enjoy this summer with RepoKar

Jaw-dropping deals this Spring at RepoKar